We’re proud to introduce the Maine Huts & Trails hut crew for the 2016 summer season! If you’ve stayed at the huts in the past year, you’ll see some familiar faces, but there are plenty of newcomers who are excited to explore the Maine woods, cook great food, and keep the huts festive and fun through the summer. Whether you’re here for a day trip or an overnight, the hut crew looks forward to making your stay the best it can be.

Ben Spurrier is from just outside Baltimore, Maryland. After graduating from University of Maryland in 2013, he has spent his time traveling abroad and working seasonally. Ben loves being in the mountains and exploring new places, especially aboard his bicycle. Since cycling through Chilean Patagonia, he has been hooked on cycle touring. Come the end of summer, Ben will be headed to the other side of the world where he will make his way by bicycle from Azerbaijan to England. He loves meeting new people and hearing stories, and looks forward to good conversations with all of the guests this summer. 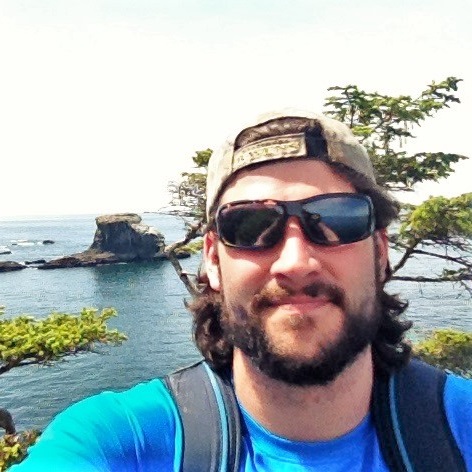 Mike Spurrier hails from just north of Baltimore, Maryland. He is excited to spend his first summer at Maine Huts & Trails. After visiting the New England area a few times over the past year he couldn't resist coming back! Mike spends his time backpacking, fishing, kayaking and being outdoors. He just finished a six-week cross country trip touring national parks. He is looking forward to meeting new people, cooking and working with the environmentally friendly energy systems at the huts. 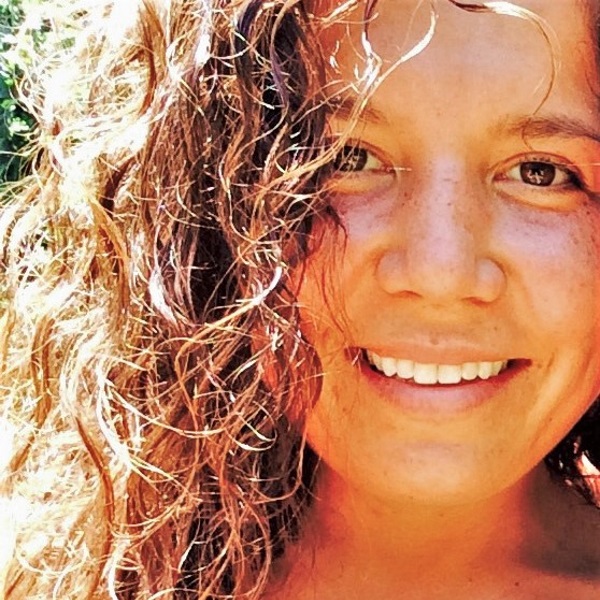 Jessica “Kunga” Ogle values living in a symbiotic relationship with Earth’s rhythms and considers nature to be her greatest teacher. Kunga graduated from the Art Institute of California with a Bachelor of Science degree in marketing and management. She is certified to teach Kripalu Yoga (200 RYT) and Yin Yoga (30 RYT), and is also a Reiki practitioner. She experienced a profound sense of purpose while volunteering at nonprofit, conscious-living communities in Costa Rica and the Big Island of Hawaii. These communities embodied the mission of restoring human and environmental health to their fullest potential. On the Big Island of Hawaii, Kunga honed her permaculture skills, studied regenerative systems, and collaborated on various transformational events held at holistic retreat centers. She has section-hiked the Appalachian Trail and recently experienced a vision quest on Kauai’s Nā Pali Coast. She plans to continue her studies in massage therapy and mind-body connection techniques. Kunga is honored and excited to spend her first season with Maine Huts & Trails. 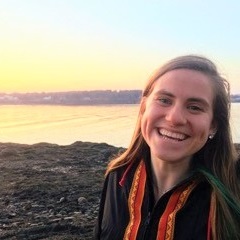 Hannah Marshall is originally from Huntington, a small town nestled in the Green Mountains of Vermont, but has spent the last four years in Maine studying at Bowdoin College in Brunswick. While at Bowdoin, she was a leader with the Outing Club and the captain of the Nordic Ski Team, which brought her to Maine Huts & Trails both backpacking and cross-country skiing. She was lucky enough to study abroad in both Nepal and arctic Norway during her junior year where she conducted geologic field research and lived in remote settings. She graduated this spring with a degree in earth and oceanographic science and is excited to be working with Maine Huts & Trails this season! 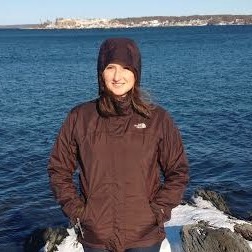 Jessica Beer is a Rhode Island native who fell deeply in love with Maine during her college years spent in Portland. As a graduate of the Maine College of Art, she not only has a passion for art and design but also adventure and the great outdoors. She is often found zipping through coastal towns by bike, or out hiking, camping and exploring with her network of friends. She is eager to further represent the state of Maine as being one of the best places to live and visit. 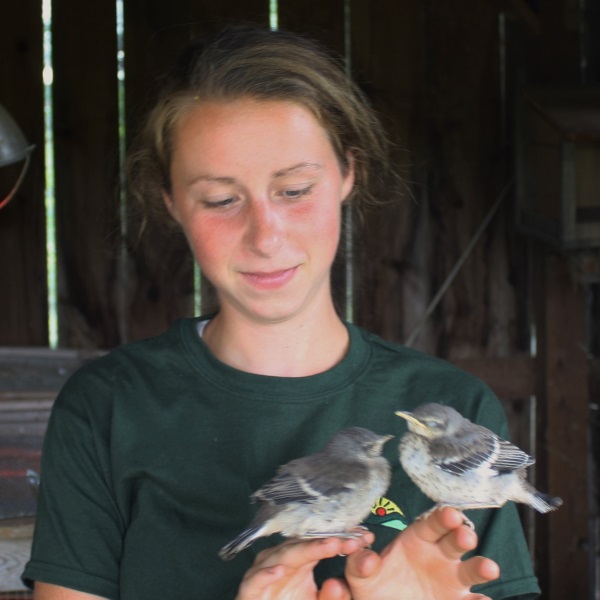 Kellie Waksmunski is from western Pennsylvania, and is back for her third season at Maine Huts & Trails. After spending the past two winters at Grand Falls and then Poplar Hut, she’s excited to explore the area and experience what the summer has to offer. Kellie has worked around the northeast and midwest building trails, doing environmental education, and farming. She is looking forward to trying new recipes, meeting guests, sampling desserts, and trying out her new mountain bike. 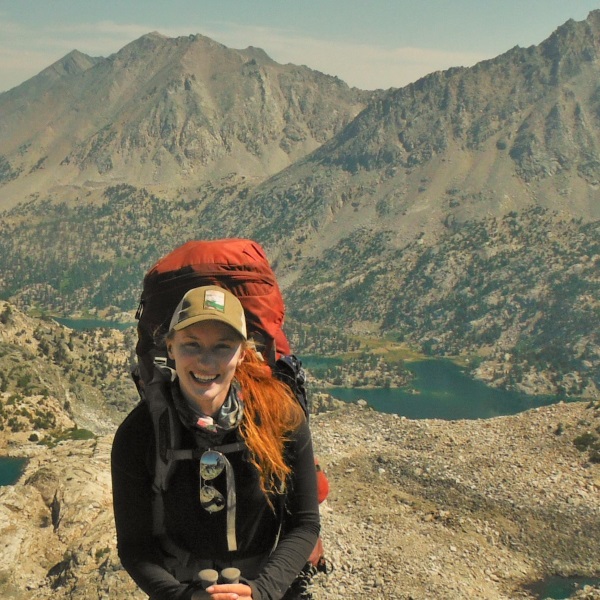 Ainsley McClachrie grew up in New Jersey, and first fell in love with the western mountains of Maine while on a section hike of the AT after graduating from Bennington College. Since then, she's worked as a challenge course facilitator in the beautiful Cascades of western Washington and most recently as a backpacking guide for at-risk youth in the Vermont woods. Ainsley loves cooking, reading, and outdoor recreation of all kinds. When not at the hut, Ainsley resides on Mount Desert Island with her better half and her Russian Blue cat, Rasputin. 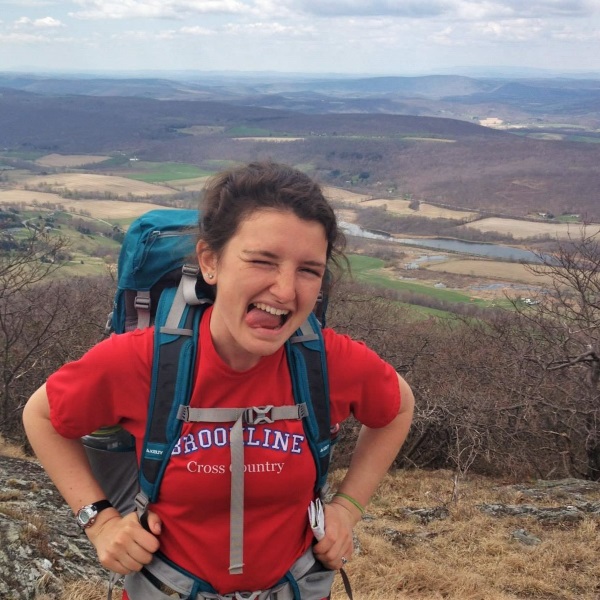 Amanda Frankel (“A.J.”) grew up in beautiful Boston, Massachussets, and in April 2016 completed a Bachelor of Arts at McGill University. She begins her first season at Maine Huts & Trails coming off a 400-mile southern section of the Appalachian Trail. In addition to hiking, she loves rock climbing, distance running, backcountry skiing, and hockey. She’s spent previous summers working on organic farms in Quebec, New Brunswick, Vermont and Pennsylvania, and is excited about learning new sustainability practices in the Maine woods. Help her practice her French this season, and be sure to give her a high-five if you’re a fellow Canadian.

John "Young Gun" Winter is stoked to spend his summer with Maine Huts & Trails. He has had the privilege of living his entire life nestled within the beautiful Western Mountains of Maine, and will be the first to tell you of all the magic and wonder that is found in these forests. This past spring, "Young Gun" traveled south to Springer Mountain, Georgia, and set off on an adventure of a lifetime. Six months and ten days, and 2,189.2 miles later, he can now add a thru-hike of the Appalachian Trail to his resume. John would love nothing more than to enjoy a cold beverage with you around the campfire and talk about your current/next adventure. 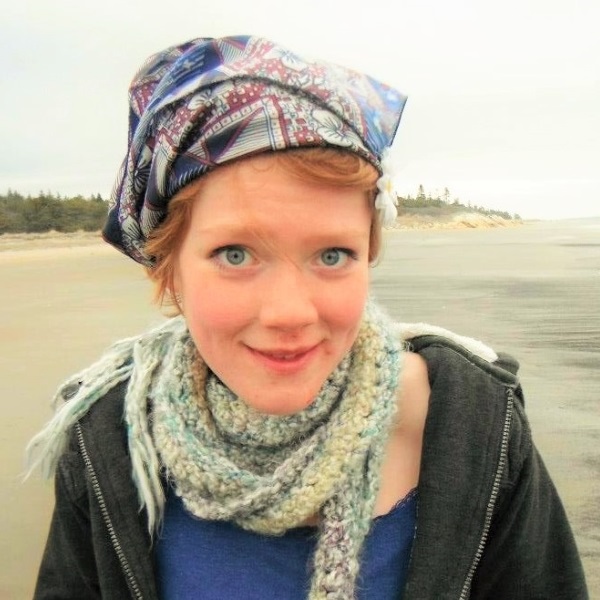 Erin Brown-Farrington comes from Bowdoinham, Maine — the "merry-meeting" of five rivers — a unique natural feature only existing in two places on earth. Growing up in rural Maine, she has cultivated a passion for native edible plants and the wild flora of the woods. This is Erin's third season with the huts, an organization that fits her conservationist-naturalist attitude perfectly. Though enjoying all facets of chef life, recently Erin has immersed herself in the art of artisan bread baking. In her spare time, she enjoys mountaineering, swimming in the Atlantic, vegetable gardening, and sleeping on the ground. 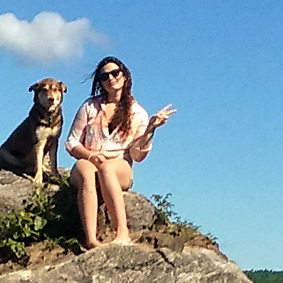 Dawn Boivin, a Maine native, has plenty of experience living off-the-grid. She’s had the opportunity to volunteer and work for Maine Huts & Trails in some capacity since 2010, when her dad Darren began working for Maine Huts & Trails as the hut facilities manager, and she volunteered in many capacities during the building and grand opening of Grand Falls Hut. She spent last winter grooming trails, being primarily responsible for the West Forks trail to Flagstaff Hut. She looks forward to sharing her vast experience with the area trails, as well as her working knowledge of the alternative energy systems, with guests this summer. In her free time, she enjoys spending time with her siblings, her favorite niece Brook, cross country skiing, snowmobiling, mountain biking, trail running and paddle boarding with her dog Bear. 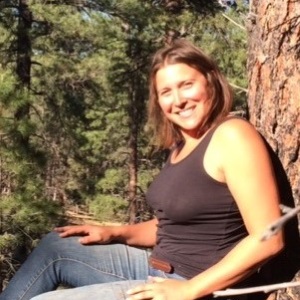 Emily Zastrow, from Flagstaff, Arizona, just completed her second term of AmeriCorps service with a conservation agency building and restoring hiking trails. Her love of the outdoors began in the south central region of Arizona, where she was raised, on family trips in a tent trailer covering most of the national parks and forests from the Four Corners area westward. Emily has also put her Bachelors of Interdisciplinary Studies Degree in education and nonprofit administration to use in the nonprofit sector working in art therapy with at-hope children, as well as within the educational field as a certified Montessori guide. She recently completed a 200-hour yoga instructor certificate in an Iyengar-inspired program in Arizona, and hopes to complete a NOLS kayaking course in the near future. She brings her love of learning, passion for adventure, and delight in working with others with much excitement to Maine Huts & Trails. 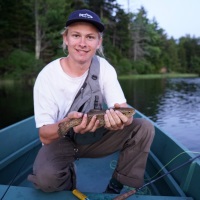 Ben Shumlin grew up in Vermont and recently graduated from The Putney School. While at Putney Ben built a tiny house, completed a senior exhibition on fly fishing and existentialism, and worked on a dairy farm. Ben is a photographer and filmmaker and spent his last summer in Utah with Sweetgrass Productions, filming a mountain bike movie shot entirely at night. Ben is taking a year off before starting at Colorado College in fall 2017. He loves mountain biking, fishing, and making and developing photographs on film. Ben is always excited to meet people from all over who come to enjoy the outdoors.