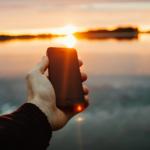 We live in an amazing time. Digital communication allows us to have unprecedented access to people, stories, and information we couldn’t have had just a few decades ago. But our brains aren’t exactly evolving at the same rate. We’re wired to crave information in order to survive, and for most of human history, that’s worked out just fine. But now we’ve got unlimited access to more information than we could ever need,...

The evolution of cross-country skis: the original winter survival gear 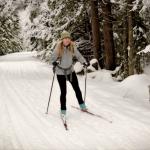 When it comes to winter survival, we modern humans have it pretty easy. We can warm our homes with the touch of a button, and stay well-fed without tracking a herd of bison across the frozen tundra. Today our biggest threats in winter are boredom and a few extra few pounds, and historically, that’s pretty chill.

Our ancestors had to work a little harder to make it through the long, snowy months... 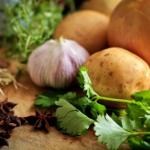 The Chickpea Salad Wrap is a staple for our trail lunch spread at the huts. Some have described it as “the best chicken salad ever”… but surprise- it’s vegan! Swapping out the chicken for chickpeas makes this wrap extra healthy, and extra portable. With no meat or dairy, it’s no big deal to keep it out of the fridge for a few hours… a requirement for lunch in the backcountry!

A Mainer's Guide to a Happy Winter 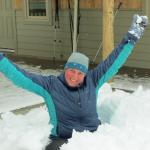 Winter in Maine is not for the faint of heart. The sun sets behind the mountains well before cocktail hour, and it can take years to perfect a wardrobe layering system that strikes the magic balance between not freezing and not sweating. (Quick tip: it’s all about a breathable base layer). So no, it’s not necessarily easy to live this far from the equator, but take a look around, and you’ll find Mainers to be some of... 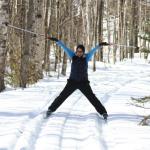 The Sami people, who live in the northern reaches of Scandinavia and Russia, have over 180 words to describe snow and ice.

That may seem a bit overboard, but if you heard the linguistic gymnastics performed by the reservations team at Maine Huts & Trails to describe trail conditions, you’d soon realize... 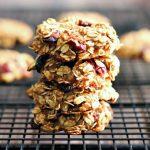 These healthy, hearty cookies are just the thing to grab when you come in from the cold. Keep them on hand for hungry guests, kids, and midnight snacks all season long! 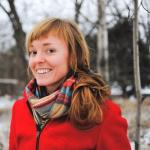 This winter is shaping up to be pretty fantastic. Forecasts are calling for lots of snow, there are new trails to explore,  and the huts are staffed by some of the friendliest and most helpful people you'll ever meet. When you come to the huts, you'll be greeted by a diverse group of young adventurers- some who've traveled the world, and some who've been exploring the mountains of western Maine all...

Let's Ask an Expert: 7 Tips for a Stress-Free Holiday 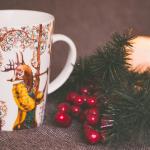 Yep- it’s November in Maine. Chickadees are fattening up and preparing their nests for a long snowy winter. The wood is stacked, the Jack-o-Lanterns composted, and the calendar is filling up faster than a third grader’s Christmas list.

There’s a lot to think about right now. Throw in a 24-hour news cycle that isn’t exactly fun to watch, and you might just be ready to run away for a month at an off-the-grid hut... 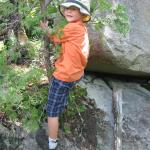 Maine is home to some of the most legendary terrain in the world. From the rugged western mountains to the rocky Atlantic coastline, there’s adventure to be had just about everywhere in our great State. And there are few adventures more simple and satisfying than a good old-fashioned family hike.

We’ve rounded up a few of our favorites: no Olympic medal moves required here; just rewarding and scenic treks...

Here's How to Take Back Your Summer 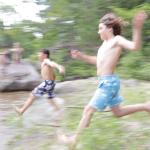 Let’s pledge allegiance to a summer of adventure. A summer where we commit to leaving the office early, turning off our phones, and getting outside. Let’s embrace summer with fearless hearts and open minds — ready to climb, run, splash, and play until we fall asleep under the stars. Let’s be okay with a few bug bites and a little sweat. Let’s say YES to anything that might make a good story. Let’s...