The 3 Most Dangerous Animals in The Maine Woods

You’re really doing it -- you’ve taken time off from work, the kids are out of school, and you’ve gotten yourself as far away from the daily grind as you possibly can. Congratulations, and welcome to the wild woods of Maine! Drive out into the mountains, book a night at a hut, and just stop. Listen to nothing but a crackling campfire and see nothing but trees, mountains, and sky. This is solitude. While you might not see many people, there’s a pretty good chance of encountering some wildlife as you make your way from hut to hut. There are beaver dams, moose bogs, fox dens, and eagles’ nests all along the trail system. So do you know what to do if you find yourself sharing the trail unexpectedly? Let’s explore your options when you’ve encountered three of the more dangerous animals out here. We did a little research and compiled this list of what to expect when encountering wild animals: 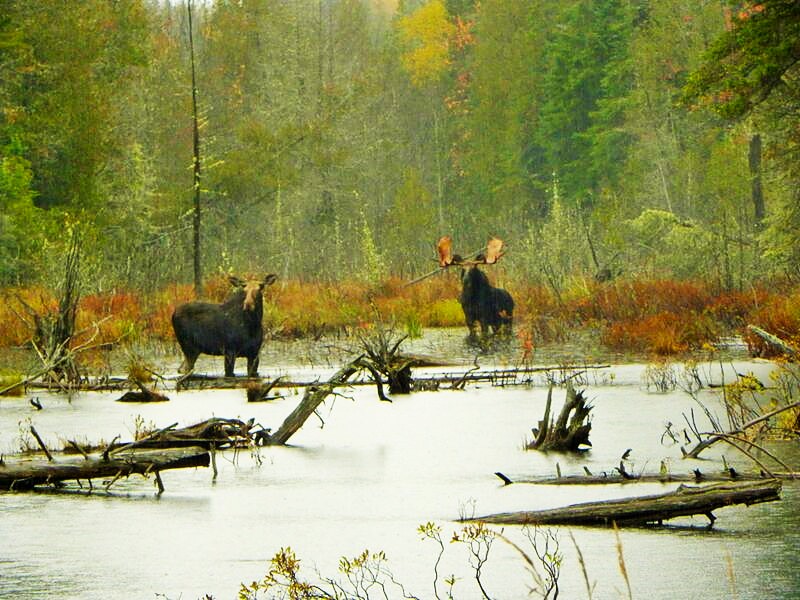 Moose are basically the linebackers of the forest. Massive and lumbering, they look pretty easy to outrun… until you watch them cover a 50 yard stretch in about three seconds. Luckily they’re usually pretty content to stay wading in a bog, kicking away mosquitos and foraging for moss. But moose enjoy their privacy. They can and will outrun you. Not because they want to hurt you; they just want to be left alone. The best thing to do, if you’re at a safe distance, is to stay quiet. Get a photo if you want, but don’t hang around expecting to make friends. Ninety percent of the time, if it sees you, the moose will disappear into the woods with a surprisingly graceful trot. If you and the moose meet up unexpectedly, and are too close to be ignored, your best bet is to get behind the nearest tree. Because again, they don’t want to hurt you, but might feel inclined to protect their space. Luckily, they’re too big to maneuver around a tree trunk to get at you. Don’t try to outrun them, just avoid their path. 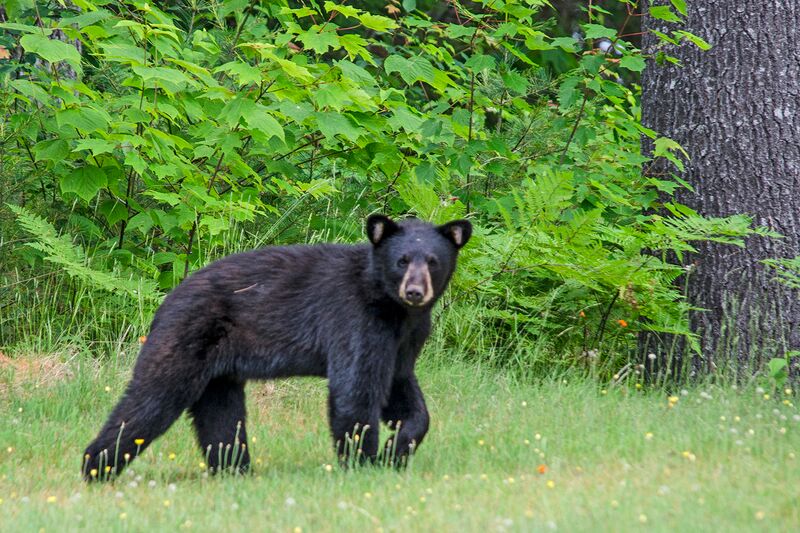 According to Wikipedia, there hasn’t been a fatal wild bear attack in Maine since at least the 1830s, when record keeping began. Seems like the bears here are pretty chill; not surprising, since there’s plenty for them to eat, and endless forest to roam. Another reason for our stellar safety record could be that Maine only has black bears- the smallest (between 200-600 lbs, which is small for a bear), most docile of all the bears. They’re really quite shy, and usually amble away before you ever see them. Compare that to Polar Bears, who have been reported stalking and eating human victims in the middle of a town square. Even still, black bears don’t like surprises. One of the best ways to avoid an encounter is to make yourself known- whistle, sing, or carry a bell- whatever it takes to tip off the bears that you’re around. If you do come across a bear, and it doesn’t see you, just back away quietly, until you’re out of its line of sight. If it does see you- try to scare it away. Seriously. That’s the advice from the Maine Department of Inland Fisheries and Wildlife. Don’t run, and definitely don’t throw anything, but stand your ground, wave your arms, and make as much noise as possible. http://www.maine.gov/ifw/wildlife/human/lww_information/bears.html 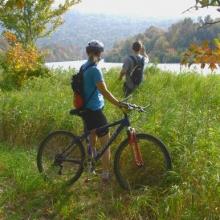 Okay, so maybe a tick doesn't quite fit the idea of a 'dangerous animal'. However, the fact that these hardy little guys are known to carry Lyme disease is enough to warrant a place on this list! While still pretty rare in this part of the state, especially at higher altitudes, it’s worth taking a few simple precautions to avoid ticks. Light clothing, long pants, and tall socks will go far in avoiding a tick bite, but on hot days that’s easier said than done. Be aware of tick habitats, like tall grass. During your hike, be sure to check yourself every few hours. Many people who’ve been bitten by ticks never actually see the tick itself, but the bullseye-like bite is quite distinct. If you do see the tick, be very careful if you try to remove it yourself. It’s important to remove the entire tick- it’s a good idea to buy an inexpensive tick key to help get it off. This video, from the University of Manitoba, shows exactly how to remove a tick. If you’ve been bitten, try to get to a hospital or call your doctor within 24 hours so you can get on an antibiotic to lessen your risk of contracting Lyme disease. While rare, severe cases of Lyme can be pretty scary. We’re lucky to have a low tick population, but they are on the rise everywhere, so it’s best to be prepared! Maine is an exceedingly safe place- low crime, virtually zero natural disasters, nothing poisonous, and nothing ferocious. That being said, wild animals are unpredictable, and can be territorial. The woods are their home, so do your best to be a respectful visitor, and enjoy your time on the trails!