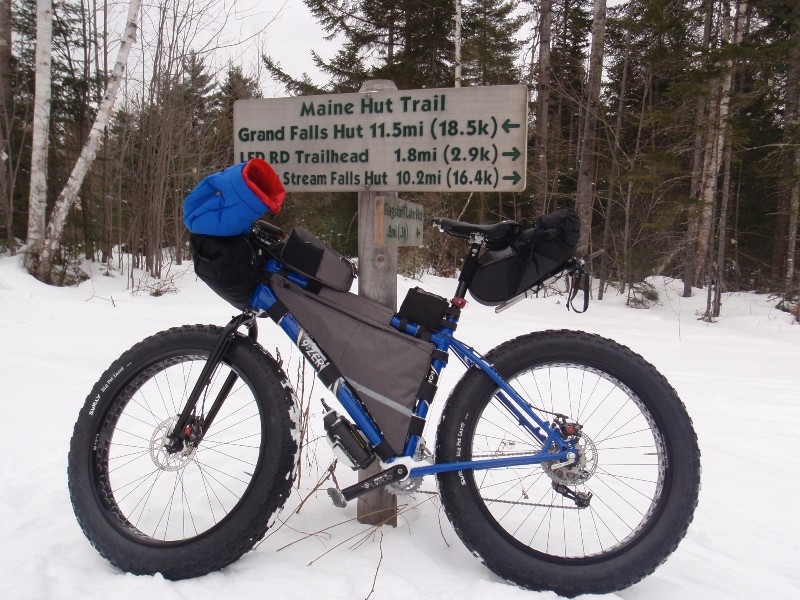 Since the beginning of time, we humans have been thinking up ways to move. Faster, smoother, uphill, downhill, under water and over clouds- if there’s a new way to get from here to there, we can’t get enough. At Maine Huts & Trails, we understand. It’s why in the winter we groom trails for Nordic skiers, and create twisting switchbacks for snowshoes. In the summer, hikers trek through hardwood groves, paddlers glide over clear mountain lakes, and bikers fly through the forest. Basically, there are a ton of ways to get from hut to hut. Over the past few winters, (more than a few if you’ve been spending any time out West), you may have noticed a new addition to our little quiver of conveyance- the fat bike. If you’ve seen a fat bike in the wild, or even just their tracks, you may have some questions. Are they easy to ride? Are they fun? (Spoiler- yes). And most importantly, how can I get on one? After doing a little research on and off the trail, here’s what we’ve found out about your new obsession: 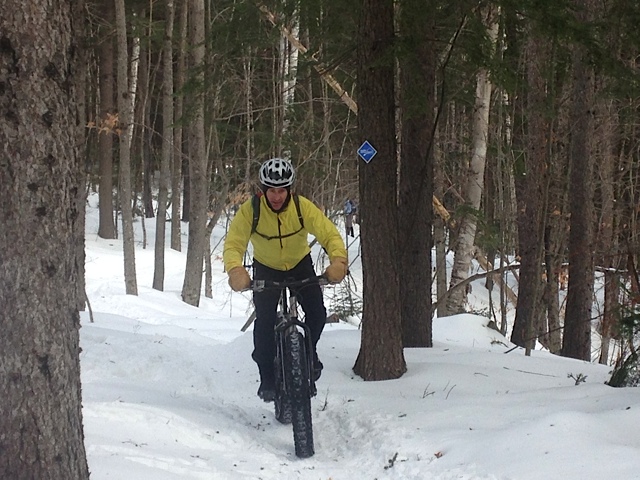 Where Did They Come From? Though they're incredibly well suited for snowy New England, most experts point to the sandy Southwest as the origin of the fat bike. Like snow, sand is loose, not very grippy, and somehow completely irresistible to mountain bikers. Some say they got their start in Alaska, when some industrious souls used their two hours of daylight to cobble together a few skinny tires into one big fat tire. Wherever they started, credit is typically given to Surly bikes out of Minnesota for bringing them to the masses around 2005. And by masses, we mean super niche subset of diehard mountain bikers. While the uninitiated remained skeptical, those who had ridden a fat bike were having a blast, and popularity has been growing ever since.

How Do They Work? Not unlike snowshoes, fat bikes are designed to float through the top few inches of snow, instead of sinking through. The huge tires keep them more buoyant, and the extra thick treads are crucial over ice. The tires are a little deflated, which adds to the cushy ride, and keeps you from bouncing off. They are not built for speed. In a race with a lightweight cross country mountain bike, they’ll lose every time. That being said, the smooth ride has converted some bikers to staying on their fat bike year round, as the big squishy tires make every trail more forgiving. 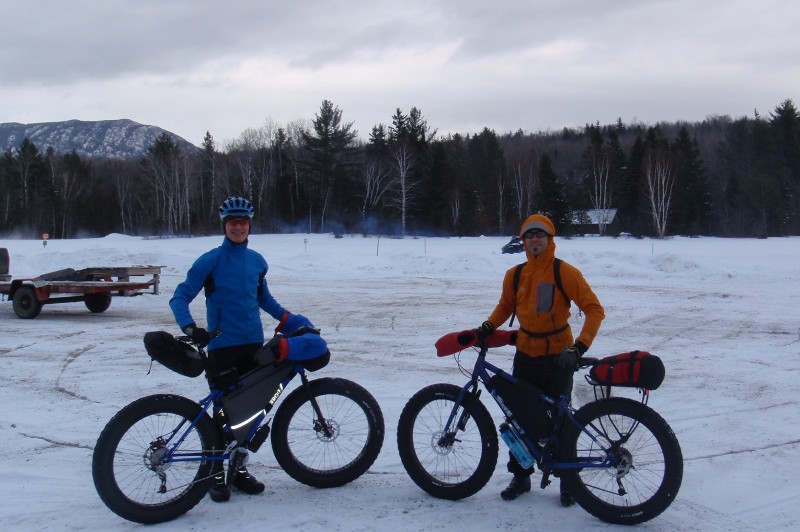 Should I get one? Probably! If you live somewhere that is blanketed with snow more often than not, and love mountain biking, you should probably get a fat bike. They are a little pricey, usually around $1,000-$3,000, but can you really put a dollar amount on winter entertainment? Think of it as an investment in your mental and physical health- totally justifiable. They are the perfect vehicle for the shoulder seasons- when the trails are too packed out, sketchy, or slushy for skiing, your fat bike is loving it. It’s really the fun of skiing and mountain biking combined, so yeah, you should probably get one.

Although they may have started out as a fringy fad, it looks like the fat bike momentum is only picking up steam. If you want to give one a spin, come to Sugarloaf February 10t-11th, 2018 for the Fat Tire Festival. Maine Huts & Trails, CRNEMBA, and Sugarloaf will bring together fat bike vendors, riders, and enthusiasts to celebrate all things fat bike. There will be free demos, a downhill race, and a night ride, as well as experts on hand to answer questions. As the ski season winds up, and summer is still months away, fat bike season is hitting its prime. See you out there.